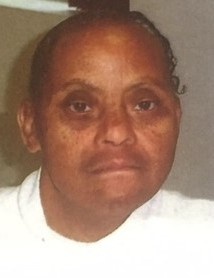 She attended Hall Monroe School in Gordon, GA for a short period of time during her early years, and then attended the Wilkinson County Service Center in Gordon, GA up until her health failed.

Virginia was preceded in death by one sister, Lillie Jordan and on brother, Moses Renfroe, Sr.

Miss Renfroe will be placed in the sanctuary of Shiloh Baptist Church one hour prior to service hour. Viewing will be held at the funeral home on Friday, September 22, 2017 from 11:00-7:00PM.

To order memorial trees or send flowers to the family in memory of Virginia Renfroe, please visit our flower store.