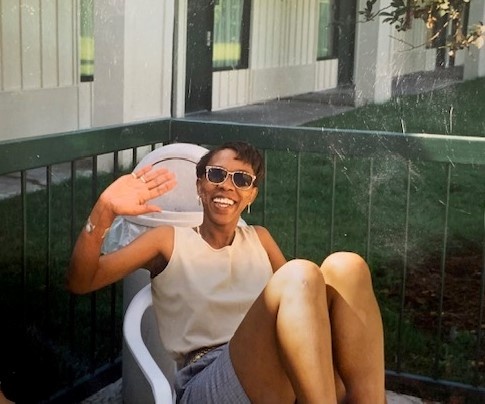 Our dear beloved, Sister Rose Mary Lawrence, departed this life on Friday, February 5, 2021. She was born to the parentage of Mr. Tommie Lee Lawrence and Mrs. Catherine Pearl Lawrence on October 22, 1958. She was raised in Gordon, Ga where she attended grade school, graduating at Wilkinson County High School in 1976. Upon receiving a basketball scholarship to Fort Valley State College, she obtained a bachelor’s degree in Early Childhood Education. Sister Lawrence became a member of Shiloh Baptist Church of Gordon, Ga under the leadership of Rev. O.L. Morris where she served as President of the Junior and Senior Usher Board, a member of the hospitality committee and she was also a vacation bible school teacher. She retired from Baldwin County Board of Education after 27 years. Afterwards, she was hired at The National Children’s Study which was federally funded in Baldwin County. After her stint there, she became an employee of Wilkinson County Memorial Chapel where she was currently employed since 2012. She was also a current member of the City Counsel of Gordon, Ga. She was very active in the community where she was involved in several groups and committees. Among them are President of The Wilkinson County Tip-Off Club (10+ years), The Regional Development Authority, a volunteer of BASIC, Wilkinson County Recreation Board and many more.

To order memorial trees or send flowers to the family in memory of Rose Lawrence, please visit our flower store.