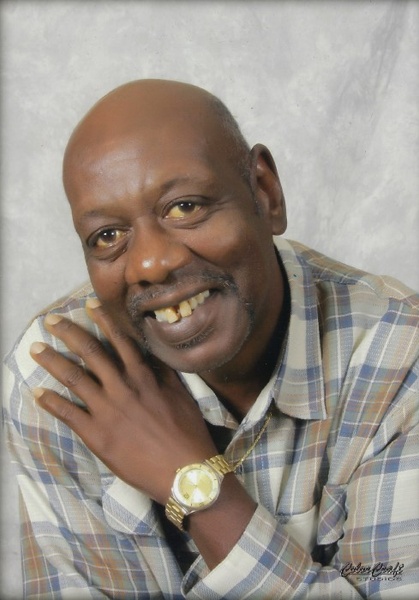 Our dearly beloved Eddie Lee Bass transitioned into eternity on Wednesday, March 20, 2019, within the confines of Navicent Healthcare Facility in Macon, Georgia.  Eddie, as he was affectionately called, was born to the parentage of Mrs. Virginia Massey-Bass & Mr. Robert Lee Bass, Sr. in Tampa, Florida on November 30, 1961.  Eddie’s parents and one brother, Islay Derhonde, preceded him in death.

Eddie’s formative years were spent in Tampa, Florida, where he graduated from Chamberlain High School.  In 1980, he relocated to Gordon, Georgia and spent the past 39 years in Gordon, surrounded by his loving family and friends.  On June 18, 1994, Eddie was United Holy Matrimony to Emmie Jean Jackson-Bass; “and the two shall become one so then they are no longer two, but one…”  He affiliated himself with the St. John CME Church, Gordon, Georgia and he and his family attended services until his health failed.

Eddie has many friends throughout the community and he is well known for his culinary skills. Many people were blessed to be able to sample his home-style cooking and enjoyed being invited to “Sunday Dinner”.  He also enjoyed working in the yard and taking care of his pet dog.  Eddie was a hard working young man.  Some of his previous employers included, Horton Homes, Rescar, and he ultimately retired from Active Minerals Inc., in Gordon, Georgia

Family will receive friends at the family residence at 117 Olive Street, Gordon. Viewing will be held on Monday, March 25, 2019 from 11-8 PM at the funeral home. Wilkinson County Memorial Chapel has charge of arrangements.

To order memorial trees or send flowers to the family in memory of Eddie Bass, please visit our flower store.